Investment theme: Moving on from violence

How the Women’s Fund has helped Edinburgh Rape Crisis Centre

The Women’s Fund for Scotland awarded Edinburgh Rape Crisis Centre £3,220 to develop and distribute a new and comprehensive range of materials for survivors of sexual violence and their supporters. 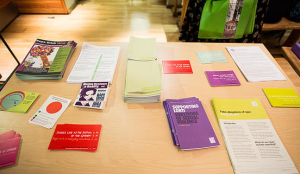 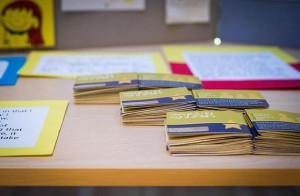 In March 2014, the charity expanded its STAR project to include young males as well as females. The STAR project offers confidential, emotional and practical support to young people aged 12-18 years old, including members of the transgender community, who have experienced sexual assault or bullying. Following this the organisation decided to change its name to reflect their new service. Previously known as The Edinburgh Women’s Rape and Sexual Abuse Centre the charity is now the Edinburgh Rape Crisis Centre.

As part of the Rape Crisis Scotland’s National Prevention Network, in May 2014 the Edinburgh Rape Crisis Centre started education workshops on sexual violence prevention to 11-25 year olds in schools and youth settings in Edinburgh City. The workshops cover topics such as consent, sexualisation, what is sexual violence, gender, impacts of sexual violence and support, social media and sexting. So far the project has been delivered to 1,250 young people.

There is such high demand for the services of Edinburgh Rape Crisis their long term waiting list had reached a year’s wait. Therefore the organisation made the tough decision to close the waiting list, which made it more crucial to have information packs and the Little Green Book, to give to those needing help. Now the waiting time has decreased, the list will soon re-open.

In 2014/2015 Edinburgh Rape Crisis Centre responded to 2,443 contacts to their helpline, delivered 2,060 support and counselling sessions and supported 581 survivors of sexual violence and their family, partners and friends.

Over 4,500 information leaflets and Little Green Books have been distributed not including downloads and views on the website. The book has proved very helpful and a lifeline, especially for those on the long term waiting list.

“It was everything I was looking for and more.”

“I found this book really helpful and would definitely recommend it to someone in a similar situation.”

“Thank you for handing me the booklet when I felt worthless, not heard, abused by systemic interaction. The booklet gave me comfort and calm.”

“Like many, generally have an aversion to the RA_E word yet so much thought gone into this booklet, very well produced. People are at different stages of healing and it covers to accommodate all stages.”

“It gave me something to hold on to between support sessions, I felt calmer having it to read.”

You can view the Little Green Book by visiting the Edinburgh Rape Crisis Centre website or you can download here.

If you’d like to know more about making a donation to support organisations like Edinburgh Rape Crisis Centre, via the Women’s Fund for Scotland please get in touch with Shona Blakeley, Development Manager by emailing shona@foundationscotland.org.uk or call 0131 524 0353.

The Women’s Fund for Scotland is a Scottish Charitable Incorporated Organisation (SC049217) with its registered office at The Melting Pot, 5 Rose Street, Edinburgh, EH2 2PR